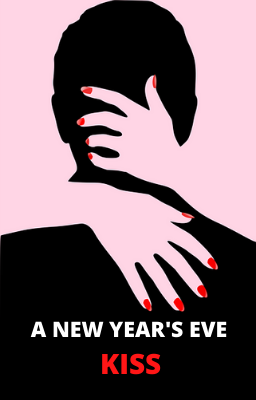 I see nothing but lights.

There are vibrant, colorful lights everywhere.

There are lights to my left, lights to my right, lights shining from above me in all forms; from electronic billboards and party glow sticks, to disco ball confetti and artificial illuminators, sprinkling and splashing in every direction, bombarding my eyes from every angle imaginable.

Another gust of frosty wind blows over, making me shiver like a manic squirrel on drugs despite all the winter gear I have on.

Someone pushes me from the side for the millionth time, and I don’t bother to look at who the culprit is this time. It won’t matter, because it’s bound to happen again. Matter of fact, I know it is.

So I do the only thing I can do under the circumstances; I clutch my jacket and brace myself against the cold and against the countless people surrounding me, constantly pushing and shoving into me at every angle and turn.

I let out a tired, frustrated sigh.

This is not at all what I’d anticipated New Year’s Eve at Madison Square Garden was going to be like. Not even a little bit like I had imagined.

I figured, at worst, we were just going to be camping out in ridiculously

ridiculously cold weather for a while—even though I clearly underestimated just how cold it was going to be.

But this? This right here is nothing but annoying and stressful as hell.

If I knew things were going to turn out this way, I would have saved myself the thousand dollar ticket and a potential case of pneumonia and stayed my ass at home and just watched the countdown on TV like I usually do.

But, nooo. My little brother, Dustin, just had to convince me to come here with him, and now I can’t even find him.

I try to make my way through the crowd with unspeakable difficulty. It’s hard and awkward to move around and squeeze by people, most of whom are drunk or at least very, very tipsy, and a good number of others who keep trying to get to the front lines so that they have a better shot at being televised or interviewed.

“Dustin!” I call out, but my voice gets drowned out by the rowdy chorus, and I can barely even hear myself over the millions of other voices surrounding me.

God, where the hell did he disappear to? He was just right next to me.

“Dustin! Dustin!” I try again a few more times, but the result is the same. The scene is too chaotic, there are too many people, too many voices fighting to be heard all at the same time.

I whip out my phone and try calling him again, but I can barely hear the female automated voice on the other end telling me once again that his phone is switched off.

Ugh! Why the hell would he switch off his phone on a night like this?

I dial Derek and Mel’s phones. Derek’s is off as well—no real surprise there, considering he was well beyond tipsy when we left their apartment to come here—but thankfully Mel picks up on the second ring.