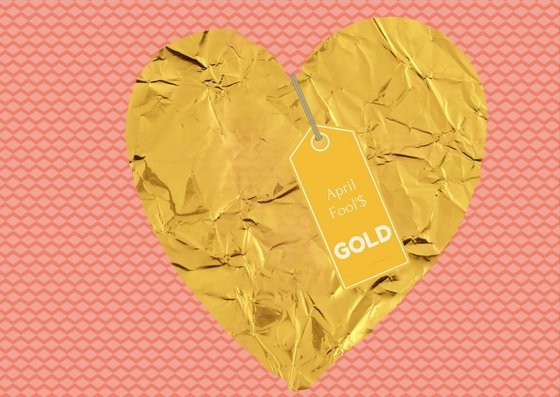 ANNIE
♦
I place the gold medallion in my hand, holding it like the prized possession it is. It fills my entire palm, and its metallic, tetragonal outline is wonderfully cool against my skin. I lightly run my index finger over the intricate details of the emblem, feeling the tiny ridges and furrows embedded in it like I always do.

I’ve probably examined the thing a million times now, and every single time I see it, I can’t get over how beautiful it is. I think now I’m starting to see why Henry, my best friend, collects stuff like this. He’s been talking my ear off left and right about this particular medallion for a while now, making it no secret that he wants it in his collection.

And, today, I’m going to make that happen.

I used to think he was ridiculous for collecting strange gold and silver pieces and artifacts, but I think his obsession is really beginning to rub off on me. I really didn’t expect it to happen, considering how frugal I usually am, but the medallion—as costly as it is—is an object I’ve become pretty fond of; and one I intend to finally purchase.

Henry’s shown me countless pictures of it in the last couple of weeks, talked about how rare and highly sought-after it is, so I was beyond shocked when I saw it in this high-end antique store a little over a month ago. I haven’t told him about it, though. Haven’t so much as hinted to him that I accidentally found his beloved medallion in the heart of Denver, of all places. As soon as I’d laid eyes on it, I’d decided then and there that I was going to buy it for him. And today is the day I’m going to give it to him—while I confess my feelings for him.

Henry and I have been friends since third grade, and we’ve only become closer and closer with each passing year, through middle and high school, college, and even grad school. We’ve been practically inseparable all our life. And I’ve loved him through each and every moment and experience. But I’ve never actually told him. That, however, changes today.

At twenty-six years old, I think it’s time for me to finally tell him how I truly feel about him, to lay my heart and soul out to him and hope and pray that he feels the same way.

Part of me is scared shitless about confessing, and understandably so. He’s my best friend, and other than my parents and sister, Henry’s the closest and dearest person I have in life, and I don’t want to risk fucking up our relationship or making things awkward. But another part of me—the more optimistic, and perhaps slightly desperate part—figures how could he not feel the same way after all this time?

He’s also barely dated anyone over the years, and my own dating situation has been virtually non-existent during all the twenty-four years I’ve had on Earth. I want to believe so badly that he hasn’t really dated anyone because he’s in love with me; the same way I am with him. But that’s only speculation on my part, and the only way I’ll know anything for sure if I come right out and tell him.

Either way, I can’t hold it in any longer.

I want to tell him.

I need to tell him.

And this medallion is going to give me the perfect opportunity to do just that.