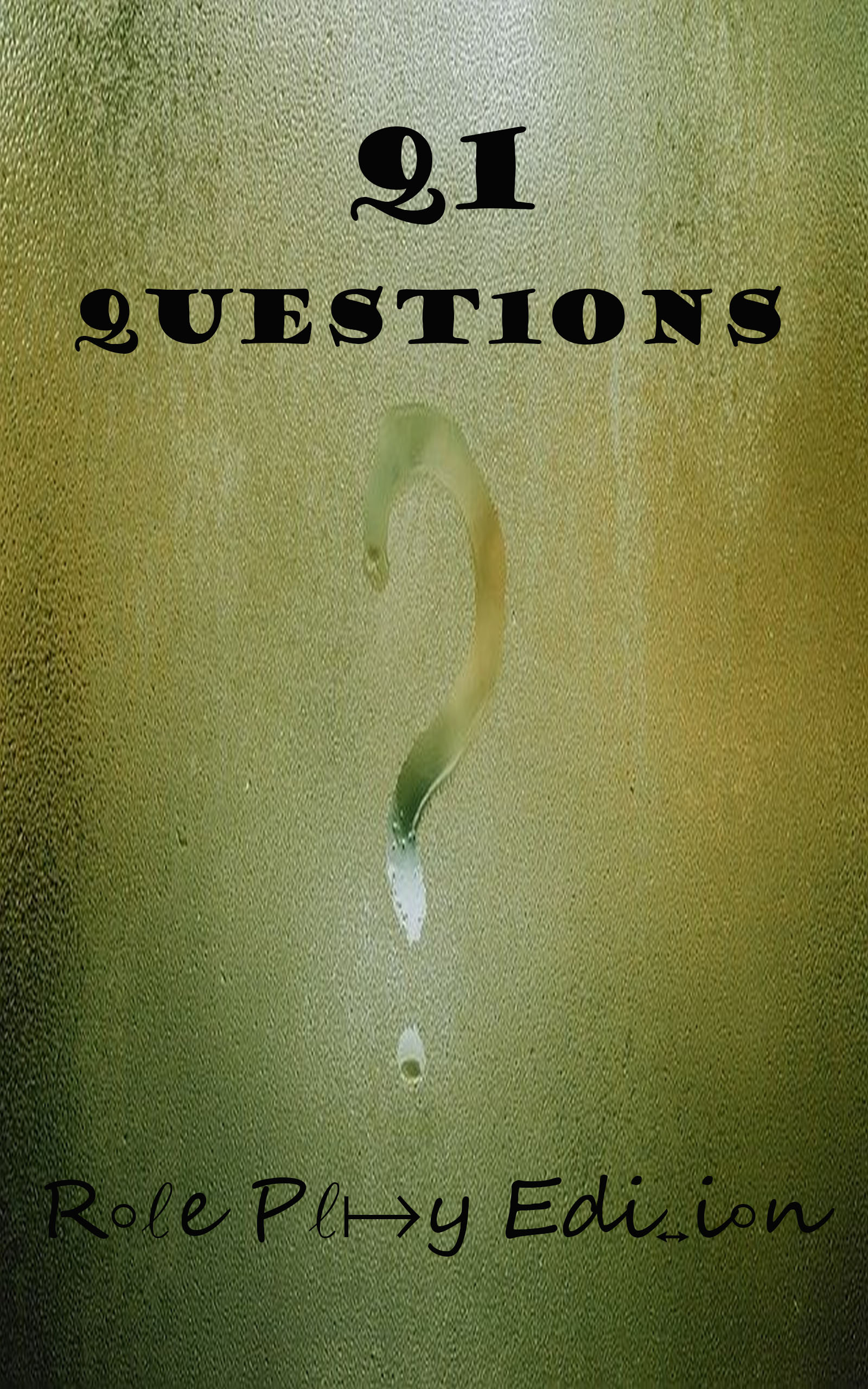 You hold the phone up to your ear, exhaling as the dial tone sounds once. Twice. And is then replaced with the scuff of your intended target picking up and subsequently answering.

“Hello?” Sam Covington’s voice comes through on the other end.

“Good morning, Mr. Covington,” you begin, trying to reel your frustration in even though it’s precisely what’s driven you to make this call.

You decide—reluctantly—to speak with the head guy about it, hating that you feel like the kid running to the homeroom teacher to tell on the other children who won’t play nice with her. But this isn’t a game. You’re not on some bullshit playground. And you really haven’t been given much of a choice at this point. You’re already getting stressed out from how quickly things are piling up, how hectic it is having to learn everything about both this project and the industry that birthed it from scratch in such a short amount of time. It sure as fuck doesn’t help that not a single person on your own “team” wants to say so much as a word to you, never mind help out; making no attempt whatsoever to veil how they obviously still feel about your unexpected addition to their “jackpot” win.

You’ve dealt with difficult co-workers and classmates before, but this is just absurd. You’re trying not to take it personal, but it’s hard not to; hard not to be affected by the scorn of people you would otherwise hold in high regard over something you yourself have no control over. Something you certainly didn’t opt into.

It all feels so juvenile and unnecessary; the type of thing you never imagined you’d deal with as an adult—at least, not in a professional capacity—but you absolutely refuse to waste your prized internship being a passive, mute wallflower at the center of senseless drama. As such, you choose, instead, to speak your mind, informing Covington about the situation and what just transpired.

“If my services are not needed,” you continue, blinking against and in tandem with your accelerating words and breaths, “I won’t take offense to that, but I need to know so that I’m not wasting my or anyone else’s time here and go where I’m both wanted and can make a difference. Because, as it is, I’m certainly not doing that on this account or at this company.”

Covington hears you out, listening without interruption or comment until you’re completely done.

“Thank you for letting me know,” he finally says. “Your complaint is duly noted. I’ll have a word with the other team members and make sure all the forms you need are sent to you within the hour.”

“Thank you, sir,” you breathe, relief starting to trickle in. It’s only slight but you already feel better.

The conversation ends and you return to work, thankful for the busy schedule lined up and the distraction from all this negativity it’s sure to bring, hoping the foul start to your day doesn’t end up ruining the rest of it.

The forms arrive in your inbox as promised, and while you feel a bit better that you finally have what you need to work efficiently—at least, for the time being—you still can’t get over how ludicrous it is that the damn CEO had to get involved in order to resolve something this trivial.

You gather your physical notebook and tablet, getting ready for a lab meeting with Fisch, relieved to be around a friendly face after the social catastrophe that just occur—

Suddenly, you get a knock on your door, the paced collisions clashing with the residual thump in your temples. ​

“Come in,” you say, turning to face it, part of you still fuming and upset from being treated like the unwanted, redheaded stepchild by your “fellow Capitalians”.

Gently, it swings open, and you’re surprised to see Renée standing at its entrance.

“Good morning, Miss Myers,” she offers, looking prim and proper in a black designer pantsuit. “Mr. Zane would like to see you in his office. Right now.”

Your eyes bulge as the brows above them jump into your hairline, your forehead creasing at the unexpected statement.

You blink against the acute shock that courses through you, nodding even though your mouth suddenly feels parched. “I’ll be right there.”

She nods her own confirmation before closing the door, her dainty, decorous frame disappearing as swiftly as it came into view.

Your shoulders go rigid instantly as you think about the man demanding an audience with you, wondering what this is ab—

You got so caught up in your wonky feng shui with Earth Cap that it actually slipped your mind.

​Immeasurable timidity replaces irritation and every other emotion in an instant. You’re tempted to stall in your office, the sheer resistance to leave stemming from your very soul, but the firmness in Renée’s tone was crystal clear:

Richard Zane is not the type of man to be kept waiting.

You stand within the uniquely overwhelming space for the second time, holding your breath impulsively.

Your new employer looks up from his insanely large, glass desk, his wolf eyes narrowed, his expression neutral though his lips are turned in an almost imperceptible frown.

Holy fuck, this guy is hot.

“You wanted to see me?” you croak, trying to soothe your racing heart, feeling like you’re on display for some reason. But you can barely even manage to swallow your own spit under his intimidating, stripping gaze.

He says nothing in return, simply tapping at a touchscreen pad embedded along the curvature of his desk. A large, panoramic hologram instantly appears, startling you, the translucent screen seeming to wrap around you.

Your eyes flit about almost manically at the abrupt, novel sight, landing on the live image of Sam Covington…and every member of the Earth Cap Zanergy team.

“It’s been brought to my attention,” Zane finally speaks, his eyes now on the group of individuals streaming on the ghost screen, the resonant depth of his baritone laced with this strange, almost…ominous quality, tracing shivers up your spine, “that there are some of you under the misguided impression that this project was created with your leisure in mind and you can conduct yourselves however you see fit. I’m here to correct that.

“While you may consider this an impromptu meeting, rest assured that I consider this a show of gross disrespect toward my company and devaluation of my limited time. The head of your organization is present to demonstrate the severity of that implication. Like I said, my time is limited so I’ll make this quick: I expect everyone to work if I’m paying them to, regardless of the title they hold. I do not tolerate acts of insubordination and sabotage within my own company. So, I absolutely will not tolerate personal squabbles between the members of an associate organization—which, may I remind you all, is replaceable at any time—or allow them to negatively affect this project in any way. I expect utmost professionalism and cooperation from each and every one of you. Keep your personal bullshit at home and uphold your contractual obligations by doing your damn jobs if you want to keep working on this account.

“From here on out, for the entire duration of her internship, all correspondence between Zanergy and Earth Capital will pass through Constance Myers first. Both ways. No exceptions. She’s been chosen to represent your company by your chief executive and that is what she will do. For all intents and purposes, consider her your executive liaison. If you have an issue or disagree with either of those decisions, you’re welcome to find another account to work on. Above all else, consider this as much a courtesy as a warning—the only one you’ll get. That is all.”

He switches the screen off immediately, not giving anyone any room to speak nor offering an opportunity to hear them out. Not even Covington.

This wasn’t a conference call.

This was a motherfucking threat if you ever saw one.

You’re speechless as the screen and everyone on it disappears abruptly, leaving the two of you in tense, uncomfortable silence.

You swallow, unsure of what to say. You don’t know if you should thank him or yell in his magnificent face for just making you public enemy number one in the company of your dreams.

They’ll hate you for sure now. He just gave them all the reason and ammunition they needed.

“Thank you, but that wasn’t necessary,” you state, the words leaving you spontaneously. “I could have handled my colleagues myself. I only told Mr. Covington about it because he’s my superior and the one who put me on this account.”

Zane gives you a piercing, disquieting stare. “First off, this wasn’t for your sake. It is both my place and responsibility to ensure that any friction that exists at any point within any of my operations is erased promptly. Secondly, I’ll deem what is and isn’t necessary for my company. And, third, I imagine Mr. Covington in turn told me because I’m his superior…and, therefore, yours.”

You swallow against the edge in his voice, the dangerous gleam in his golden eyes, and you feel like you’re being crushed beneath their combined weight even though he’s the one sitting down.

“You may leave,” he concludes, nonchalantly switching his attention to the row of documents perfectly splayed out in front of him.

He doesn’t have to say anything else. The absolute, indisputable dominion and power radiating from him is so implicit and omnipresent that it literally feels like a constituent of the air around you; like an integral part of its makeup without which it would not exist.

And, God, it’s hard to breathe.

Every subsequent inhale feels way too heavy, like you’re completely submerged under a thousand feet of water.

You make your way to the exit without a word, your temples thudding even louder than when you arrived, your skin hot, feeling neither upset nor relieved. Only the sole need to get out of his office.

You step over the threshold, on the verge of exhaling when you hear four simple, tempered words from behind you.